NPL is a pioneer in India for peroxygen chemicals and is the largest manufacturer of Hydrogen Peroxide in India, with an installed capacity of 150,000 MTPA on 50% w/w basis. It's fully integrated manufacturing site for Hydrogen Peroxide is located at Kalyan in Maharashtra (India). 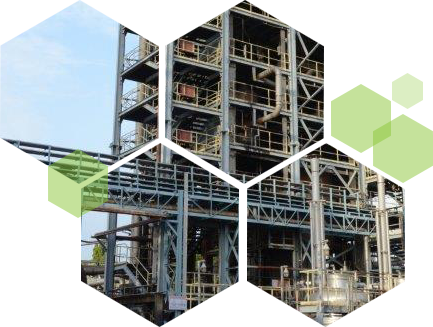 In India, Hydrogen Peroxide is manufactured to international standards by National Peroxide Limited, using the auto-oxidation process, at its most modern and up-to-date plant near Kalyan, Maharashtra.

The Company also produces the "Compressed Hydrogen Gas" and "Per Acetic Acid".