Fighting the battle against COVID-19

Our company National Peroxide Limited, a Wadia group company is India’s largest Hydrogen Peroxide manufacturer based in Kalyan, Maharashtra and we have been operating for the last 64 years. Hydrogen Peroxide is widely used as antimicrobial chemical against a wide range of microorganisms, including bacteria, yeasts, fungi, viruses, and spores. It is used in both liquid and gas form for disinfection and sterilization.

China has stated that they have been able to control Covid -19 in an effective manner and by using 3% strength of Hydrogen Peroxide in Airports, Hospitals and public places as well as on trains and in railway stations i.e. almost any public, community space possible. In addition, the United States of America’s EPA (Environment Protection Agency) and CDC (Centre for Disease Control) have also said that 3% Hydrogen Peroxide can effectively be used as Disinfectant against Covid-19.

Although Hydrogen Peroxide has never been used in India for the above applications, it has been used in China by CAAC (Civil Aviation Administration of China) and other authorities in China. It has also been used in Hongkong by the Mass Transit Railway where it has been used as Disinfectant in trains and train stations to conduct the cleaning and decontamination. The MTR carries over 13 million passenger journeys worldwide in Hong Kong, the United Kingdom, Australia and the mainland of China. Further, the World Economic Forum also states that Hydrogen Peroxide can be effectively used against the Corona virus on surfaces.

We are jointly working with the various institutions and government organisations, pan India like municipal corporations, gram panchayats and various bodies to help disinfect the physical surfaces and we have already supplied around 34,000 Kgs, to various agencies for disinfecting public properties. 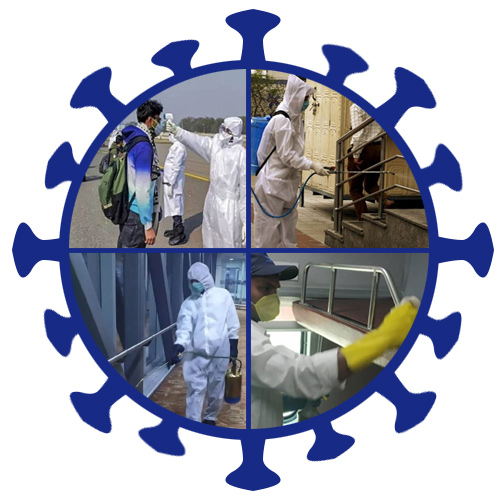 Method of Application of 3% Hydrogen Peroxide